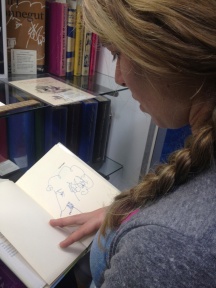 Bio: Nicole Lowman is a PhD Candidate in the English department at the State University of New York at Buffalo, who currently works a s a Research Assistant in the Community-based User Experience lab in the Department of Engineering Education. She is a Co-Vice President of the Kurt Vonnegut Society and served on the Board of Directors for the Northeast Modern Language Association and was the President of NeMLA’s Graduate Student Caucus (2016-2019). They were recently nominated by the University at Buffalo for the national K. Patricia Cross Future Leaders award.

Their field research on the usability of the Buffalo Police Advisory Board and human-centered design has been published by the Special Interest Group on Design of Communication, and she is co-author of “Legal Resource Mapping as a Methodology for Social Justice Research and Engagement”, forthcoming in Equipping Technical Communicators for Social Justice Work: Topics, Theories, and Methodologies from Utah State University Press and “The Politics of Citation Practices in Engineering Education: A Citation Analysis of Intersectionality,” forthcoming from the American Society of Engineering Education. Her dissertation argues that 20th and 21st Century American literature and performance invert racist, language, tropes and stereotypes to critique white supremacy and that Black American hip hop performance ushers the most salient and actionable critiques.

In April 2017, they gave a talk on Derrida’s Given Time and Butler’s Giving an Account of Oneself at the CLUE+ Research Institute in Amsterdam, Netherlands, and she has given many presentations on Vonnegut’s Breakfast of Champions and Chuck Palahniuk’s Fight Club, among other things. You can learn more about their research on her CV.